An extraordinary edifice by any measure, the 1888 Texas Capitol is the largest in gross square footage of all state capitols and is second in total size only to the National Capitol in Washington, D.C. Like several other state capitols, the 1888 Texas Capitol surpasses the National Capitol in height, rising almost 15 feet above its Washington counterpart.
Read More 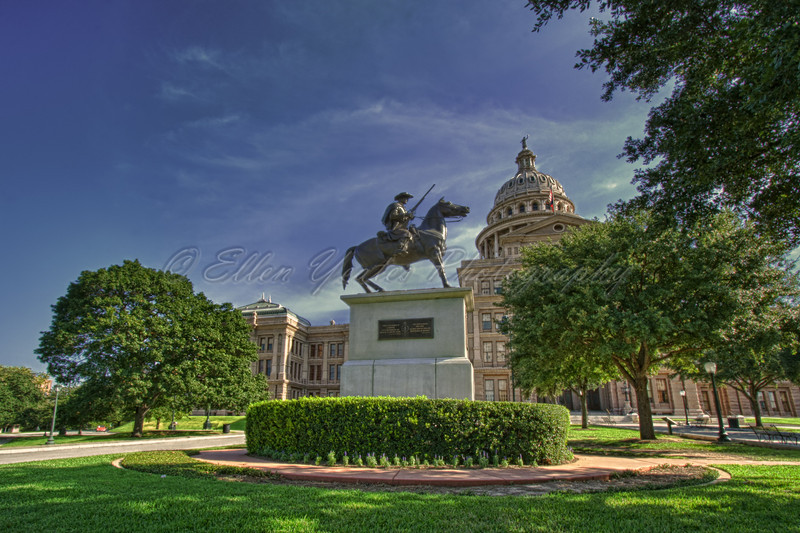 TERRY'S TEXAS RANGERS Erected 1907 by surviving comrades. The bronze statue, by Pompeo Coppini, portrays one of Terry's Texas Rangers astride a spirited horse. In 1861, during the Civil War, Terry's Texas Rangers were mustered at Houston after Benjamin Terry and Thomas Lubbock's call for volunteers. Ten companies of 100 men each were formally activated as the 8th Texas Cavalry, and during the following five years participated in many engagements defending the Southern Confederacy.